I (Rev. Dr. Jean Risley) am a retired Presbyterian pastor who has had three different careers over a lifetime, one in technology, one in business management, and the final one in ministry. This most recent transition led from the business office to seminary, from seminary to pastoral ministry at Scotchtown Presbyterian Church in Orange County, New York, back to seminary for doctoral studies, off to churches in transition as an interim pastor, and on to retirement as a writer and guest preacher. 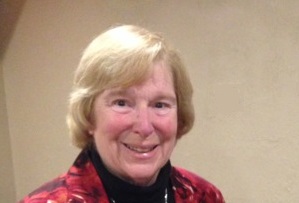 When folks would ask me about how my business experience would help in ministry, I used to say, “Lots of sermon illustrations.” In fact, it convinced me that the battle between good and evil is raging every day in ordinary office buildings all around us, and that we need all the help we can get on Sunday mornings to keep us on the right side.

Pastoral ministry turned out to have more in common with business team leadership than I had expected. In business, a team leader is responsible for the professional lives of the team. This includes providing appropriate work, rewarding good performance, redirecting the less effective, providing growth opportunities, and encouraging social support within the team. Ministry moves these activities out of the job context and into care for the spiritual lives of the people.

I was ordained in August, 2002, as a Minister of Word and Sacrament in the Presbyterian Church (USA). In June, 2017, I was granted transfer of my ordination to the newly formed denomination ECO: A Covenant Order of Evangelical Presbyterians.

I am the author of three books. The first, A Place Where Everybody Matters: Life and Ministry in a Small Church, from Wipf & Stock Publishers of Eugene, Oregon, in 2010 came out of the experience in my first church. It shows why and how small churches provide a good place to live out one’s faith and grow in discipleship in a community.

The second book, Recovering the Lost Legacy: Moral Guidance for Today’s Christians, was published by Westbow Press (a division of Thomas Nelson & Zondervan) in Bloomington, Indiana, in 2015. It is based on my doctoral research explaining what Jesus and Paul actually said about righteousness, law, and behavior and clarifying what life changes new non-Jewish Christians were expected to make in the first century. It also explores how we can use moral guidance in our own spiritual growth without creating an obstacle to the gospel message.

The third book, How to Decide What to Do Next When You’re Retired, was published independently through Amazon CreateSpace and captures lessons learned through my own experience of retirement. It is a workbook that provides ways to figure out how to spend time in retirement on the things that matter, which are, of course, different for each of us.

I presented papers on topics of interest at conferences for several different academic organizations. Some of the material in these papers is included on this website.

“The Jerusalem Council – Manners Or Morals?” presented at the 2011 New England Regional Meeting of the Society of Biblical Literature and the American Schools of Oriental Research, April 29, 2011, Andover-Newton Theological School, Newton MA.

“Was Jesus Eligible to Be the Priestly Messiah?” presented at the 2010 New England Regional Meeting of the Society of Biblical Literature and the American Schools of Oriental Research, April 16, 2010, Andover-Newton Theological School, Newton MA.

“Using Girard to Address Factions in a Christian Community” in Peace Be with You: Christ’s Benediction amid Violent Empires, edited by Sharon L. Baker and Michael Hardin. Cascadia Publishing House, Scottdale, PA, 2010. Originally presented at On Being a Peace Church in a Constantinian World sponsored by Preaching Peace at Messiah College, August 12-14, 2008.

Arriving at my first church, I was immediately immersed in the many aspects of pastoral ministry. I planned and led worship, preaching on Sunday mornings. I was involved in the spiritual lives of the people in my care, teaching educational programs and visiting in homes, hospitals, nursing homes, mental health facilities, and even the county jail. The church was the center of its community, celebrating the church holidays and other events (yard sale, Vacation Bible School, etc.) with the surrounding neighbors.

I put out the open sign for an hour around dinnertime every day, and welcomed whoever came, members, neighbors, and strangers, to come in, rest in quiet, or share whatever was on their minds. We were a traditionally rural area on the edge of the commuting distance to New York City, and I learned a lot from the many different kinds of people who came through the door.

As I came toward retirement age, I served as interim pastor to three churches in transition. At the first, I was the second interim after a misconduct situation, and my role was to diagnose and help heal some of the hard feelings in the congregation. My second interim was in an African-American inner city church, which had had a dynamic and charismatic pastor. My job was to keep programs and events going, smooth the transition process, and help the next pastor make a transition into the Presbyterian denomination.

My third interim was with a church that had been the largest in the presbytery, but was torn by a one-third to two-thirds division between progressive and evangelical factions. I managed the staff and worked with the mission study team. When the mission study found that 93% wanted to stay together even with those they disagreed with in the church family, I tried to find ways to make that happen. Ultimately, after I was gone, the leadership majority voted to change denominations, the presbytery sued for the assets, and the majority was locked out of the church building and the bank accounts. In the end, a small congregation worships in the huge old building, while the majority congregation worships in the school across the street.

During my time in pastoral ministry, I also served in various roles and positions at the presbytery level. Primarily I served terms in both presbyteries on the Committee on Ministry, the group at the presbytery level that is responsible for the relations between pastors and congregations. When there was a situation in which a church did not have an available pastor, I would serve as a guest preacher or as moderator for the meetings of the elder leadership.

I served on the judicial prosecuting committees and as chair of the prosecution for two presbyteries in matters of clergy misconduct. Both cases involved multiple levels of the trial and appeal process, and one was appealed to the highest level of the judicial system within the denomination. I also served as advocate for the defense in a third disciplinary case.

During my time in business, the teams I built and led worked outside of the normal information system organization to bring innovative technology into financial services companies. Our repertoire included artificial intelligence, expert systems, and object-oriented design in projects for companies that included John Hancock, Fidelity Investments, Equifax, and American International Group, among others.

My team would build a complete application, demonstrating and validating the technology for a particular line of business. We would then pass the approach into the information systems organization for wider deployment. As one then CEO commented after our presentation, “We don’t actually have to build this thing. We could just advertise it and scare the competition to death.” We were able to do things that had never been seen before and bring them into established organizational structures.

I served on two computer industry standards committees, the American National Standards Institute (ANSI) Technical Committee X3J11 for the Standardization of the C Programming Language and IEEE P1003 Portable Operating System Standards Committee (POSIX / UNIX). Our primary work was to respond to many diverse needs and interests in negotiating the C and Unix standards.